What is success? What does it mean to you? Does it entail money/wealth, fame, academic and career achievements, titles and health? What about family? In all honesty, success means different things to different people. One’s definition of success gives an insight into his mind and perception about life.

Being born and raised in Nigeria, where everyone is crazy about titles and money is everything, it is quite easy to understand why many believe success is all about money – having lots and lots of it and academic titles/job promotions/political appointments. Dr Chris Kwakpovwe, the writer of the popular Bible reading guide Daily Manna once wrote, “Titles may enhance us but they aren’t our identity.” Indeed titles are not our identity. Think about this; Facebook, Twitter, Instagram, Microsoft, Apple and other products we consume today are owned and created by persons, such as Bill Gates, Mark Zuckerberg and late Steve Jobs who have/had no title. Would you say they are not successful because they lack titles? Don’t misconstrue my point, titles are awesome but they are useless if you don’t put them to great use.

I know a lot of people reading this are already asking themselves, what does a young man in his 20s know about success? What has he really achieved? I am still light years behind, both in age and achievements, but I have experienced joy and sadness, success and failure, and had it both good and bad. My success made me have a quasi-outlook on life; because things were quite easy for me, I struggled to comprehend when people complained about same things being difficult for them. However, nothing changes a man like failure and I am no different. Failure changes one’s outlook on things; it emboldens you and makes you hard-bitten. 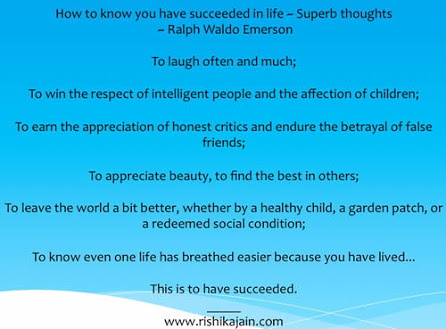 Let me paint a mental picture for you. Close your eyes and think about the best and worst relationships you’ve had. Which of them taught you more – the good or the bad one? Hear Robert Kiyosaki, “Inside every problem lies a gem of wisdom, a gem that makes us smarter, stronger and able to do better regardless of economic conditions.” Failure, in its own right, is success coated with indelible lessons, only if you learn from it. My failure and disappointments made me appreciate life and success more. John Maxwell once said, “The greatest lessons in life are from our losses. Everyone experiences loss but not everyone learns from it. Experience is not the best teacher, evaluated experience is.”

Each and every one of us have experienced (or will still experience) something that changed our lives and we have never been the same ever since. Jonas Guiterrez, a rich Argentine professional footballer, who is living the dream of many said after being diagnosed with testicular cancer, “I think the most important thing in life is health. Health and happiness. Sometimes we get into a lot of trouble for things that aren’t significant.” Sometimes we get caught up or engrossed with frivolities such as acceptance and fame on social media (virtual world), fashion trends etc. Thanks to satellite TV and social media, everyone is “close” to the fabulous lives of their favourite celebrities and yearn for their lives.

Numerous chats with people down the years made me realize most youths long for success but a few are prepared to put in the effort. Regardless of your definition of success, one thing is certain – it is a long continuous process. Even Kim Kardashian, who is often criticized for lacking talents apart from her beauty and good derriere, works hard to maintain her success. Success does not fall on one’s laps – like manna from heaven. It has to be earned through hard work, perseverance, persistence and determination.

Michael Wardian, after becoming the World record holder for 50km on the treadmill said, “I think about my goal. Don’t give up because it gets hard or something gets wrong. It is the middle that’s tough. People cheer at the starting and finish line. The middle miles need mental toughness.” Oh Yes! Everybody likes to be associated with success; failure is an orphan. In other words, who no like to embrace the winner? Cast your minds back to when you got accepted into the University, everyone was ecstatic for you and you became an overnight celebrity at your matriculation ceremony. The same thing reoccurs when you finally graduate and everyone adds Dr, Barr, Engr, as the case may be, to your name. However, only a few understand what you had to go through to obtain that degree – the mental, emotional and psychological stress heightened by sleepless nights.

Every successful person you know today has had it rough but never gave up. If you aim at being excellent at what you do, you ought to be willing to sacrifice a certain part of your life. You have to do the work; dot the ‘i’s and cross the‘t’s. Tim Gower wrote in his book, RELENTLESS:  “There is no privilege greater than the pressure to excel and no greater reward than earning the respect and fear of others who are in awe of your results.” He further described three types of personalities in the book; the coolers who let others decide whether they are successful or not, the closers who feel they are successful once they get the job done e.g. African footballers in Europe and the cleaners who never feel as if they have achieved success because there is more to do. 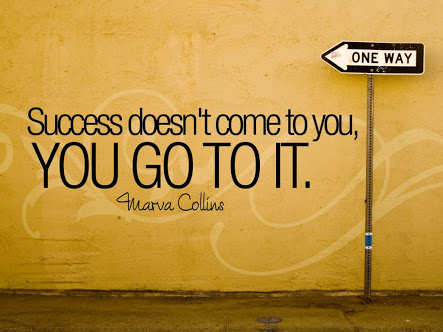 Cristiano Ronaldo and Lionel Messi are the easiest examples of cleaners today. Debate about who is better than the other has divided the football world. Despite what these two football greats have achieved, they don’t rest on their laurels. Their hunger for success is what drives them and they have created a legacy for themselves.

Our environment determines our path; it is the most powerful teacher of all in our success quest. If you aim at being successful in your chosen field, it is pertinent to identify the right environment that allows you take advantage of your three brains – right, left and subconscious – to achieve your dream. Crowd mentality can’t get you to the sky, where we all believe is our starting point but by creating a niche for yourself in your field and proving everyday why that niche deserves to be yours.

Africa’s richest man Aliko Dangote said earlier this month, in an interview with Bloomberg, that he is still interested in buying English Premier League (EPL) club, Arsenal despite having his first offer rebuffed back in 2010.

Being an ardent follower of one of the best leagues in the world, it is easy to understand why Dangote’s dream of owning the North London club seems to be the right business decision.

However, one wonders why he has not thought of purchasing a Nigerian Premier League (NPL) club instead.

Nigerian football is in dire need of a shot in the arm and Dangote may be the man to take our football to the acme of African, if not World, football.

The progress of our league is still marred by the interference of State Governments. Most Nigerian Premier League clubs are still owned by the Governments in the states where they are situated, hence the league lacks a proper business structure.

Captail Oil owner and business man, Ifeanyi Ubah recently acquired Gabros FC for over a billion naira and said “We seem not to know what we have in this country in terms of football standard. I feel ashamed whenever I see Nigerian young players go to lesser football-playing countries to play professional soccer. I don’t see why our players should run to places like South Africa, Malta, India, Bangladesh and even Israel to play professional football, when in the actual sense, with proper organization and planning, the Nigerian league is better. My dream is to make Nigeria the Mecca of club football in the world.”

The English Premier League is lauded today as the best league in the world because England allowed foreign investors to come in and buy the clubs, attract foreign players to the league and expand their fan base.

Egyptian Mohamed Al Fayed was the first foreign owner in English football, with Fulham. He purchased the club for £6.25m back in 1997 when they were still in the fourth tier of English football.

But it was the success of Russian billionaire, Roman Abramovic at Chelsea that heralded the influx of foreign investors into English football.

Abramovic bought Chelsea, a fairly midtable team at the time, for £150m from Ken Bates back in 2003 and has since turned them into EPL/FA cup/Champions League winners.

Investment of the Dangotes and Ubahs in Nigerian football may also propel our league to such great heights and attract the likes of Abramovic to invest in the league.

One cannot overemphasize how Nigeria, as a nation, will benefit from having a well-structured and competitive football league.

Having a well-structured league will help curb the chronic youth unemployment we have in the country. Apart from being a footballer or coach, many youths will get the chance to work for the league clubs in different capacities such as advertising, managerial, human resource, sports science etc.

The prospective club owners can record profits from sale of club merchandise and match tickets, if sold at available prices, to ensure the stadium is filled and make the match enjoyable for everyone.

I had the opportunity to watch a League One (English third tier) match between Bristol City and Scunthorpe United at Ashton Gate stadium in 2014. I was in awe of the atmosphere in the stadium; it was nothing like what I experience back here in Nigeria. The fans were in boyish mood and sang on top of their voices.

The club also slashed the match ticket prices for students and persons with disabilities hence allowing everyone to get a glimpse of their local stars.

The Egyptian, South African, Moroccan, Tunisian, Mexican and Japanese leagues are leagues we can use as stereotypes. Let’s use the Egyptian league for example, it is so organized and exciting that their top players leave Europe and return home. For instance, Amir Zaki was an instant hit at Wigan Athletic when he was on loan at the club (2008/2009 English premier league season) and had the opportunity to make the deal permanent but he declined the offer and opted to return back to Egypt where he’s been representing Zamalek.

The Egyptian league is so exciting to watch because of their style of play and the atmosphere in the stadia. The fans come out in mass, wearing the colours of their favourite teams and singing loudly.