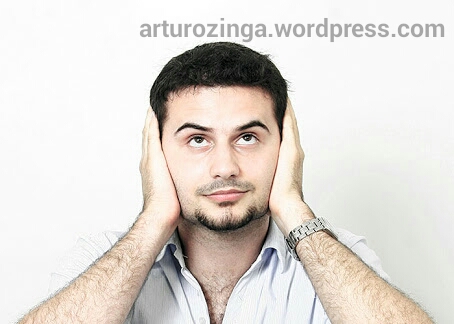 As a Nigerian, I have come to realise that one of the things we, as a people, are often afraid of is people’s criticisms/negative feedback. No one likes to be criticised so we tend to develop strong resistance and reluctance to it.

Critiques often trigger strong emotions in us all. We tend to get bitter, angry or try to hurt people who have offered their critiques. We create a defensive stance to protect our self-worth which we feel is under vicious attack.

As a result, we try to disconnect from our social environment and prefer to live in our heads or associate with people who share our ideas and values. We develop an intemperate dislike for other people’s values/opinions and grow insensitive to people’s differences. 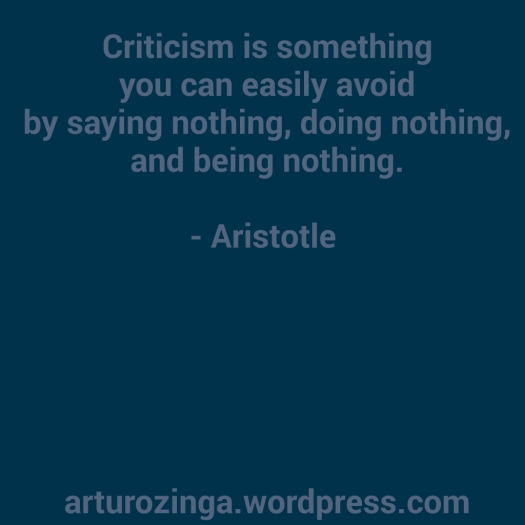 Our environment encompasses people from different cultures and backgrounds who we interact with on a daily basis. We fail to understand that paying attention to our environment is necessary for human survival.

Almost everything we do is for the public – large or small. For instance, an entrepreneur develops his/her products for public consumption, a teacher/lecturer does his job for his students (public), the students do their school work to impress their teachers (public), the public office holders serve the poor masses etc. Thus, no matter what you do, we depend on people’s feedback to forge ahead.

Your ideas/work may seem brilliant to you but without feedback from people, our ideas/endeavours become especial and illusions. Hear American Rapper 50 Cent, “The public is never wrong. When people don’t respond to what you do, they are telling you something loud and clear. You’re just not listening. 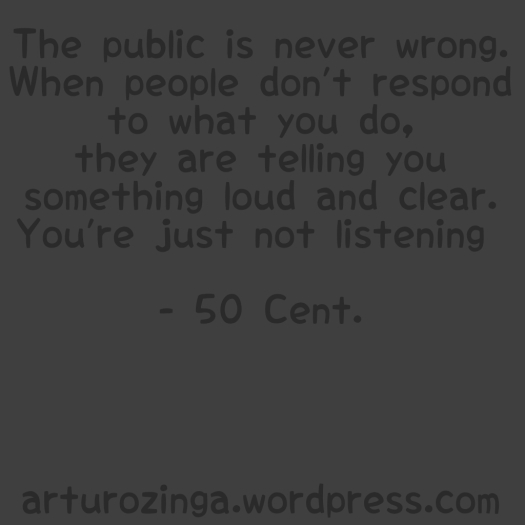 I remember when I presented a scientific paper about a year ago. In my head, I did pretty Ok amid the response from the audience but the examiners thought otherwise. Although they commended my delivery, they critiqued the information. I was disappointed at first but after meeting with them privately, areas of the presentation that were flawed and needed to be worked on became magnified/clearer to me.

Just as I had thought, we often deceive ourselves into thinking we have an insight into how the public feels about us/our work but this information is often tainted and false. This is because we prefer to surround ourselves with friends/family or sycophants who may envy or praise our every move thereby creating a distance between us and the real information out there (the public). 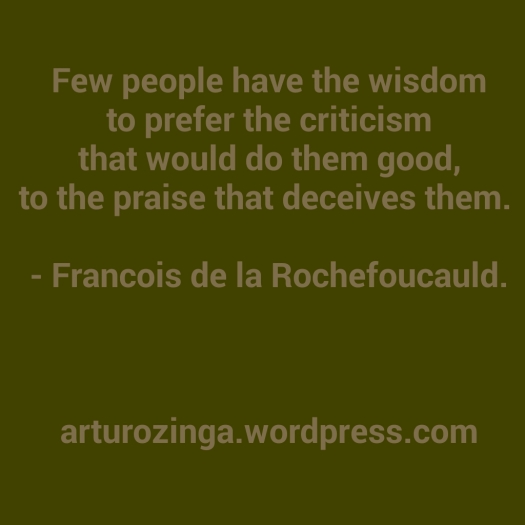 It is impossible to please everyone or control what other people will say, whether they’ll approve or share their opinions but the strength of interacting with the public does not come from the quantity but the quality of your feedback. If you have little or no access to the public, then how do you learn from your mistakes? How do you improve? How do you know you are ignorant? How do you know what the people want?

Criticisms and critiques are never easy to receive/accept but they give you an idea how people see you. Pay attention to your feedback, the most important information in the world, and transform it into an opportunity for personal growth, emotional development, time efficiency, improved relationships, and self-confidence.

Growing up as a Nigerian child can be mentally hard. Pardon me for generalising; Yes! I know Nigeria is enormous with over 250 ethnic groups and I cannot speak for everyone but I have found out that Nigerian children, no matter where they grow up, are raised in similar ways.

I was in South London sometime ago and a Nigerian woman complained bitterly about the academic capabilities of her 6-year old daughter (Yes! You read that right). She feels the daughter isn’t as smart as her peers and this makes her worry. She had already planned that the little girl would be a doctor in future and as a result, she hired a private tutor to teach the child after school hours which means the little girl arrives home at about 5pm every weekday.

Many Nigerian parents, just like the aforementioned lady, put pressure on their children, especially the oldest child, to do well in academics. Infact, they have unrealistic expectations that you must be the best at everything; it is not debatable. Even if you get an A and finish as the second best student, they will probably still ask, “The person that came first, does he/she have three heads?” Thereby making their children too result-oriented.

It is absolutely of great importance that parents support their kids’ academic pursuit but there is growing concern that Nigerian parents put too much pressure on their kids beyond their capabilities and abilities. Whilst some parents want their kids to study 24 hours of the day (TDB) with minimal or no play time, in hope they will grow to become the next Albert Einstein, others favour and praise the academically sound ones over the poorly academic ones.

Putting children under intense pressure can be devastating to their psychological development. Consequently, they develop a certain type of mentality that makes them believe they are worthless without academic success thus cultivating sibling rivalry.

Some children may also develop perfectionistic traits as they put too much pressure on themselves to please their parents and other family members. In my little experience so far, many believe they are only studying for their parents, not for themselves, but are afraid to voice their opinions. Many struggle to establish autonomy and often succumb to depression, sickness, alcohol and drug abuse, psychosis, emotional trauma, low self-esteem and lack of self-confidence. 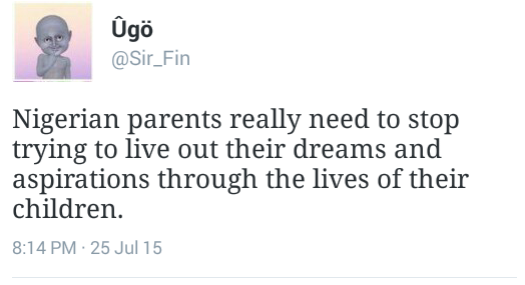 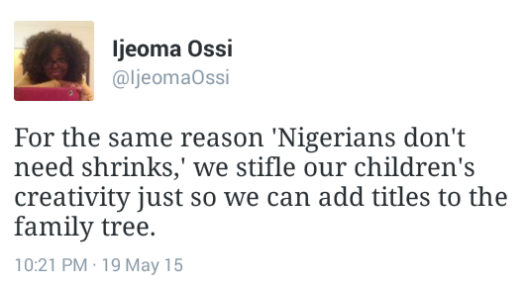 Parenting is hard work; it must be said that parents who put too much pressure on their children never do it with the intention to harm them. Naturally, everyone expects a profitable return on the investments they make and parents are no different. They want to see a return on the investment of money/time that goes into raising their children (school fees are not easy to come by).

There is absolutely nothing wrong with setting high targets for your children however when these expectations seem to overhelm them, there is need for us to re-evaluate and soft pedal a little bit. Nigerian parents need to realise that every child is different; some are early developers whilst others are late developers. Also, not all children will be academically sound and the best you can do is to encourage them to be better whilst exploring other talents/skills your kids possess.

Some parents do this because they want their children to achieve more than they did. Recently, psychology experts revealed that parents who put extreme pressure on their children are only trying to live/achieve their failed dreams through their children. This gives them great fulfillment and pride, as some see it as a “straightforward validation of their parenting skills.” Professor Brad Bushman of Ohio State Univerisity, who coauthored the research said, “Parents then may bask in the reflected glory of their children, and lose some of the feelings of regret and disappointment that they couldn’t achieve these same goals.”

Furthermore, the emergence of social media (Facebook, BBM, Twitter, Whatsapp, Instagram etc) have unintentionally heaped pressure on many to achieve and some extend this pressure to their children. We are always notified about the events in everyone’s lives – especially their achievements so there’s increased pressure on kids to excel academically so parents can secretly boast that they have the best children ever. 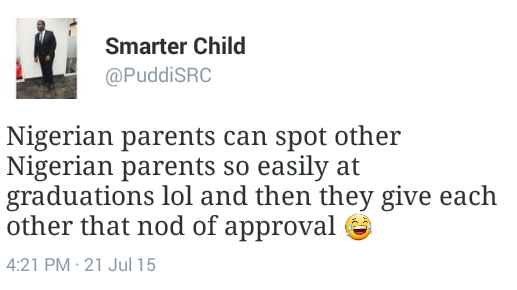 A child should be allowed to follow his/her own path in life, not the path of his or her parents. All he/she needs is parental guidance and support!