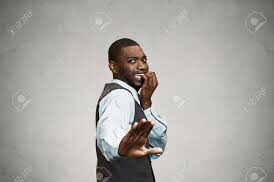 Everyone is a builder but what people build differentiates them. Relationships prove that every human being builds either a prison, wall or bridge.
A lot of people open their minds to the hurt stories around them and as such refuse to give themselves the gift of experience. I hear people in this category say things like: ‘men are horrible’, ‘women are dangerous’, ‘all men are the same’, ‘all women are the same’. These people build prisons for themselves. From the prison, they look out and assume a lot. Most times, they have a tunnel view about life and all they think about is what people will do for them. Such people are blame masters and can be referred to as ‘closed’ people.
The second category is made up of men and women who have come out of their shells or prisons but are still living in the world of too much expectation. Relating with this people is okay but once you make a mistake that hurt them, you may end up losing them for life because little hurts to them mark the end of the relationship. Immediately, they build walls to shield themselves from you. These people regret being open and return to closeness. They are referred to as ‘open to those that like me’ people.

The last category has a few men and women who give themselves to the practice of forgiveness. They open their hearts and build bridges . They have tasted both closeness and openness. They choose to know how to become better after being hurt rather than building walls. People hurt them, but they remember that they hurt others too.Their openness show them how weak they are and their closeness remind them of the need to open their doors for people to come in. Their take is not to build prisons for themselves because that would be like starting all over again. Their resolve is not to build walls for some certain people and see them at some point from afar. They choose the bridge because that’s the only way to show that the heart accepts other hearts. To them, openness is an exercise. They are referred to as ‘open’ people

There are varieties of people that share a mix of these three categories but the point is on how they understand the hurts in the world. Avoiding hurts should not be your aim. You will judge people forever.

Learn to be the one who aims to give the best love and you will grow through the mistakes you never dreamed you could make. Remember, when you say ‘people are deceitful or horrible or dangerous’, you may have counted yourself in the number.

Closeness and openness are tools available for you, don’t see them as destinations. Openness is what gives you experience. Closeness helps you think of better ways to improve.

When you are open, you open doors for yourself. Instead of saying that openness is bad, think of better ways to become open. Do the same with Closeness.

Hurts are big heaters. They give you pains that release your weaknesses. This also applies when you hurt people. Asking for forgiveness helps you release the pains of pride.

Relate with people and throw away your pains. All you need is the guidance of Intelligent Love that does not err.

Into me, into you.