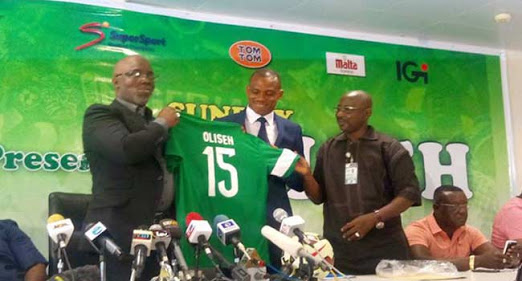 I had predicted it a few months back whilst discussing with the Nigerian football legend and some tweeps on the social media platform twitter. Now it has come to fruition, Sunday Ogochukwu Oliseh has been appointed the new coach of Super Eagles on a three-year deal.

There is something refreshingly exciting about Oliseh. Speaking at a recent TEDxEuston event, he enthused education made the difference in his career hence he assumes this herculean task with huge expectations from his employers, fans and international community.

With the political fighting and misgivings in the Nigeria Football Federation, unnecessary disciplinary sanctions and poor results on the field, Nigerian football is in dire need of a new direction. And in my honest opinion, Oliseh is the man to navigate us through this journey towards football El Dorado.

As a footballer, he was a leader of men, passionate and a rock in the middle of the park. Post-football career, Oliseh has a carved a niche for himself in football punditry and analysis but illustrious football and punditry careers are seldom prerequisites for managerial success. Just ask Graeme Souness, Ruud Gullit and John Barnes. 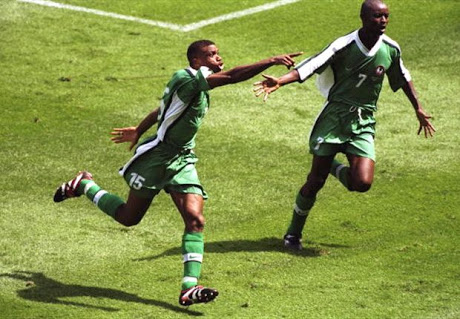 There is a myth that good players hardly make it in management/coaching; his former 1994 class members (Austin Aguavoen, Samson Siasia and Stephen Keshi) all tried to change the country’s fortunes with mixed outcomes but in Oliseh, the Super Eagles have a man with good knowledge of the game highlighted by his excellent analytical skills and strategic thinking.

No wonder the NFF President Amaju Pinnick hailed Oliseh as the “Pep Guardiola of African Football” at his media unveiling. Although the hype is an unnecessary one, it depicts the wealth of knowledge, aura, exposure and charisma Oliseh exudes.

Just like Guardiola, Oliseh takes the mantle of Super Eagles with little management experience; he had only managed Belgian lower league side Vervietois between 2008 and 2009. Guardiola had been in management for just a year (from 2007 – 2008 with Barcelona B team) before he went on to revolutionise and bamboozle the world with beautiful tiki-taka football.

To achieve the Guardiola-esque success of adding realism to romanticism, Oliseh needs to think before he dreams; both juxtapose reality. And go for players who fit the bill to play for this dream team. 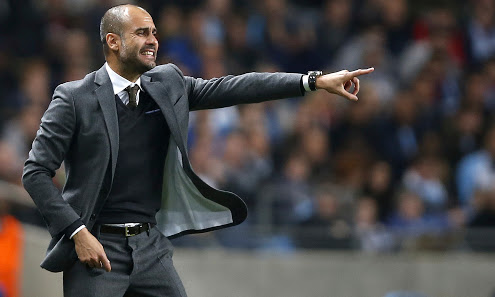 It is encouraging to hear he shares one’s view about the current state of our football; we lack quality players. He stated, without mincing words, in his first press conference that only players playing in the top division at home and abroad will wear the Green and White of Nigeria henceforth. The only exceptions, according to him, would be young talents who have put in tremendous shifts at youth levels.

This may sound harsh or “unnecessary” as my friend described it but one has chosen to see it as ploy to encourage the current crop of players to work harder and earn moves to top football leagues rather than settle for obscure countries just for financial gains, which has become endemic. As a result, competition for places on the team will enhance, with only players who merit a spot on the team, called up. This is evident in the current Football Transfer Window; we have witnessed a huge merry-go-round amongst European footballers in search of regular first-team action to boost their chance of being amongst those invited to the Euros party.

Nevertheless, it is time for Oliseh to match his words with action. Managers are judged by performance on the field (results) and not by their preparation/analysis. And Oliseh won’t be an exception!

3 Replies to “Oliseh: The Right Man for Super Eagles?”