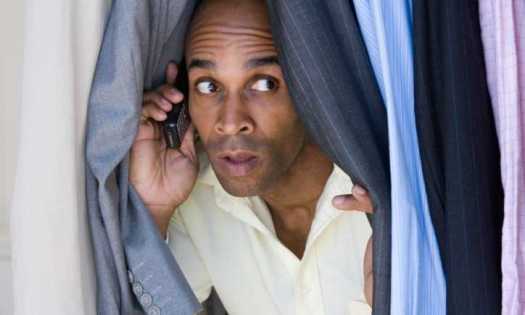 Can you spot a husband prone to infidelity? If he’s unhappy with his wife, he’ll cheat, right? Not necessarily.

According to a Rutgers University study, 56% of men who have affairs claim to be happy in their marriages. They’re largely satisfied with all they have and aren’t looking for a way out, yet they still find themselves in bed with other women-and in hot water with their wives. Here, experts explain this phenomenon and dispel other popular cheating myths.

Fact #1: Most men are still in love with their wives when they cheat.

Men who cheat haven’t fallen out of love; they’ve become unsatisfied with the current state of it. “Cheating usually occurs in the phase of companionate love, when couples begin to settle down, have kids and solidify the life being built together,” says clinical psychologist Andra Brosh, PhD.

While they’re fulfilled in some areas, like being a provider, the romance may be missing. “We more often think of women complaining about a lack of romance, but men feel it, too,” says Dr. Brosh. “They frequently suffer in silence, believing they can’t get what they want from their spouses.” To avoid this in your marriage, plan nights out together, set aside time for sex and discuss hopes and dreams–not just workdays and your son’s last soccer game.

Cheats don’t generally pick up random women in bars. “My first husband cheated on me with a childhood friend,” says Diane* from New York City. “His family was close to her family, so they never lost touch.” Intimacy expert Mary Jo Rapini explains, “A lot of women think that all cheating women are floozies-not true. The relationships are usually friendships first.” In fact, more than 60% of affairs start at work, according to Focus on the Family. A good idea: Make sure your husband feels more connected to you than to his business partner. “Spouses go to work, take care of their kids and do separate things at night. That has to stop,” says Rapini. She suggests always going to bed at the same time and cuddling.

Fact #3: Men cheat to save their marriages.

“Men love their spouses, but they don’t know how to fix their relationship problems, so they go outside their marriages to fill any holes,” says licensed marriage and family therapist Susan Mandel, PhD. Men want it all and have the skewed notion that another woman will make the longing for something more disappear. Then, they can live happily ever after with their wife–and their mistress–without confronting the real issues.

Fact #4: Men hate themselves after affairs.

You may think of cheats as men without morals, but while they may like what they did, they tend to despise themselves after their indiscretions. “If he puts his ego to the side, he’ll feel like a piece of garbage,” says relationship expert Charles J. Orlando, author of The Problem with Women…Is Men. “After all, he’s betraying another human being who he claims to care about, so that takes its toll on every part of his psyche.” A cheat can feel as though he’s failed as a man.

Fact #5: Cheats often get friskier with their wives when affairs begin.

Just because a husband’s touchy-feely doesn’t mean his marriage is on firm footing. “When a man starts cheating, he becomes hyperactive sexually,” says Rapini, explaining that his sex drive has been awakened, and his wife is still the one with whom he feels most comfortable sexually. If you notice a sudden change in your husband’s sex drive, it should raise a red flag. Be on the lookout for the switch to flip off again. “After the affair is solid, he may begin to pull away,” says Rapini.

Fact #6: Women cheat just as much as men, and their affairs are more dangerous. 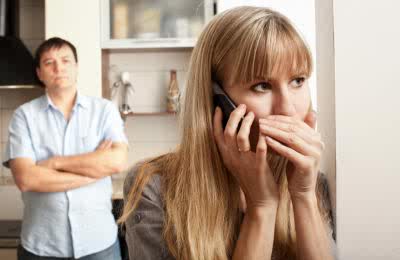 An Indiana University study shows that men and women cheat at the same rate. But “the reasons the sexes cheat are different,” says Orlando. He explains women are more likely to cheat for emotional satisfaction. “Online cheating–without any physical contact–is the most damaging type of infidelity,” says Orlando. Becoming emotionally invested in another person means you’ve likely checked out of your marriage. But if it’s just sex, it’s less about attachment and more about a hurtful mistake.

How could Tiger Woods’s ex, Elin Nordegren, and Arnold Schwarzenegger’s ex, Maria Shriver, not have known what their high-profile husbands were up to? They probably did, but couldn’t bear to acknowledge it. “At one level, I knew, but my denial was so strong,” says Lily* from Toronto, Canada. “The pain, had I accepted it at that time, would have been too horrendous, so I had to process it slowly.” According to Dr. Brosh, the jilted celebrities were likely doing the same thing: choosing what they could live with for the sake of their kids or to avoid humiliation and the fallout.

Fact #8: A couple will never work it out when the husband is in the midst of an affair.

They could agree to work on things, but it won’t matter. If he’s still in the throes of a hot, new romance, nothing a woman does will drag him out of it. “He’s got such positivity happening, without all the drama that exists in the established relationship,” says Orlando. The marriage will likely fail, unless he decides on his own accord that life isn’t better with the other woman. So the key is prevention. Continue to be the woman he first fell for throughout your marriage. “Women often turn from a loving girlfriend into a nagging wife. Men aren’t attracted to that.” Dole out compliments and surprise him with sex–don’t just yell at him about that towel on the bathroom floor, suggests Dr. Mandel.

Is infidelity the kiss of death for a couple? Not always. Although a new relationship is exciting, “an affair can rekindle the marriage,” says Orlando. “Men realize who they want for the rest of their lives and that the new relationship isn’t as perfect as they thought.” But think hard before returning to a cheater. “Flings can highlight how little self-control someone has,” explains Orlando. Still, if it was truly a one-time slip, it’s possible to get back on track.

Fact #10: Even after rebuilding the marriage, a husband may still miss the affair.

Sadly, he might love his wife and want to salvage the marriage, but he doesn’t totally forget about the affair. “He might miss the great things about the other woman-fun, zero responsibilities, sex, the rush or the chase–but oftentimes he misses how he feels about himself when he was with her, which is more damaging if he’s trying to return to his marriage,” says Orlando. Again, acting as you did when the relationship was new could help.

Fact #11: A cheat knows he’s hurting the woman he loves, tearing his family apart and sacrificing his honour.

A man may realize the negative impact on his wife, family and himself, but still continue an affair. How? “It’s all in the perception of the cheater,” says Orlando. “If he feels unwanted, undervalued and taken for granted, his personal needs of being wanted, valued and appreciated will win out.”

Fact #12: The wife’s not to blame if her husband cheats on her.

Realize this: If your husband is unfaithful, it’s not your fault, no matter what people say. “When a man cheats, he’s making a conscious choice to do it,” says Dr. Brosh. “The idea of being pushed into the arms of another woman is an expression, not a reality.” Orlando echoes this sentiment: “Men don’t cheat because of who she is; they cheat because of who they’re not,” he says. “The ‘fault’ is that the signs of disconnection have been ignored by both parties.

9 Replies to “FACTS ABOUT CHEATING”